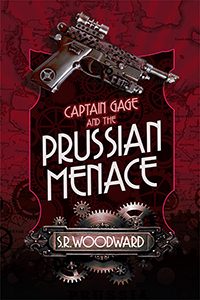 The British government knew of Captain Gage’s previous life as a sniper during the Crimean War.
After the war Obediah Gage took charge of the HMAS Brunel, a large and unique commercial airship.
With the ascendancy of the Prussian empire, and reports of a deadly secret weapon it was willing to sell to Great Britain’s enemies, Gage is pressured back into the British government’s service.
To make matters worse Gage is assigned a mentor from the US Pinkerton Detective Agency, one Lucius Washington.
Together they’re sent on a mission to verify the weapon’s existence, then return with the information.
But things are never quite that simple, as Gage soon finds out.